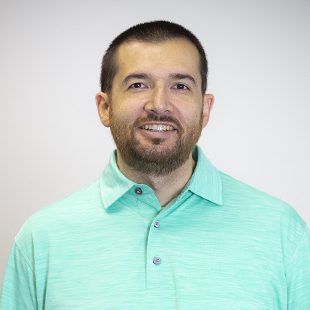 I was born and raised in Texas, own a pair of cowboy boots, have ridden a horse twice, and confess to watching seasons of Walker Texas Ranger. I spent two decades of my life growing up in Red Oak, Texas, 25 miles south of Dallas. The first decade and a half of my life was filled with church attendance, cultural Christianity, and knowing about Jesus, but not following Him. Jesus began His transformative work in me my senior year of high school as He saved me and I followed Him.

After committing to follow Jesus, I experienced a call to serve in ministry. That call led me to Arkadelphia, Arkansas where I would spend four years at Ouachita Baptist University learning about and engaging in ministry. It was at Ouachita that I met my beautiful wife, Stephanie. Stephanie and I were married in 2003. Shortly after being married we relocated for two years to Oklahoma, where I served on a church staff as Student Ministry Pastor.

Tyler, Texas became home in 2005 when I joined the Grace Community staff as Jr. High Pastor. During our time in Tyler we have welcomed two children into our lives, Mayleigh (born 2008) and Asher (born 2010). As well, I have had the opportunity to graduate Fuller Theological Seminary having studied global leadership and cross-cultural engagement. Today, I serve the role of Missional Life Pastor providing leadership for Grace’s local and international mission initiatives.