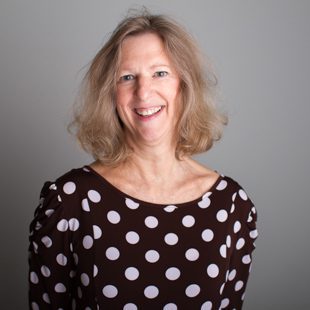 I was born in Dallas, Texas, was raised Catholic, and attended parochial school. I was approached in a parking lot one day by some students from Campus Crusade for Christ, who asked me if I was “saved”. I wasn’t totally sure what they meant, but they seemed to be full of joy, so I listened intently to them. Although I was already a true believer, I figured it couldn’t hurt to reaffirm that verbally and publicly by asking Him into my heart with them, so I did. Even so, it would be awhile before I began attending church again. I married at 27, and had two children. We moved around a lot, and finally landed in Tyler. I began attending Grace in 2001, and worked in kid’s ministry on Sunday mornings. My children, Carrie and Michael, were both saved and baptized here. A year later, I lost my husband of 22 years to lung cancer. At that time, I was working at The University of Texas Health Center in the Development Office. I heard there was an opening at Grace for a receptionist and I eagerly applied. To my great joy, I was hired and have been here now for 12 years. The people of Grace Community have been with me through some very joyful and very difficult times. The staff, the ministries, the members, all exemplify the love of Jesus to and through His body. I pray you experience that love.