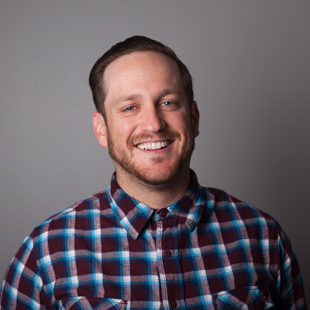 East Texas has always been my home despite my longing for the bigger, and what I thought was better, city lights of a place like Dallas, Chicago or Seattle. I was born and raised for 18 years in New Boston, Texas, a small town in the North East corner of Texas near Texarkana. I then moved to Tyler to attend college at TJC before transferring to UT-Tyler – AHH SWOOP, SWOOP – where I graduated in 2007.

From a young age I remember being considered a good kid and was involved in various church activities and functions. I even knew at age 15 that I was called to be a youth minister. However, I ran from that because it wasn’t glamorous – especially not as glamorous as a Major League baseball player. By staying out of trouble, I built my hope on me being good enough and doing good things to earn the grace of God, that later in life I took advantage of. Despite hearing the Gospel constantly, this belief in myself dominated my life up until my early twenties when one day I broke down sobbing in my grandparents driveway for what, at that current time, seemed to be no reason. Yet it was in that moment I realized I had been living my life upon my own ability despite being raised in church and attending religiously. It was that night that God grabbed my heart and radically altered the course of my life for His Glory and renown.

After college I took a position at Sky Ranch Christian Camps and worked there for a year as a “Fellow” in their Legacy Fellowship program. In the fall of 2008, I accepted a Youth Director position at First Methodist Church Hallsville in Hallsville, Texas and stayed there until the spring of 2014 when I came to Grace. My beautiful wife Kameron and I have no kids, but we do have a fur baby/dog we love, and sometimes treat like a kid, named Rayce.